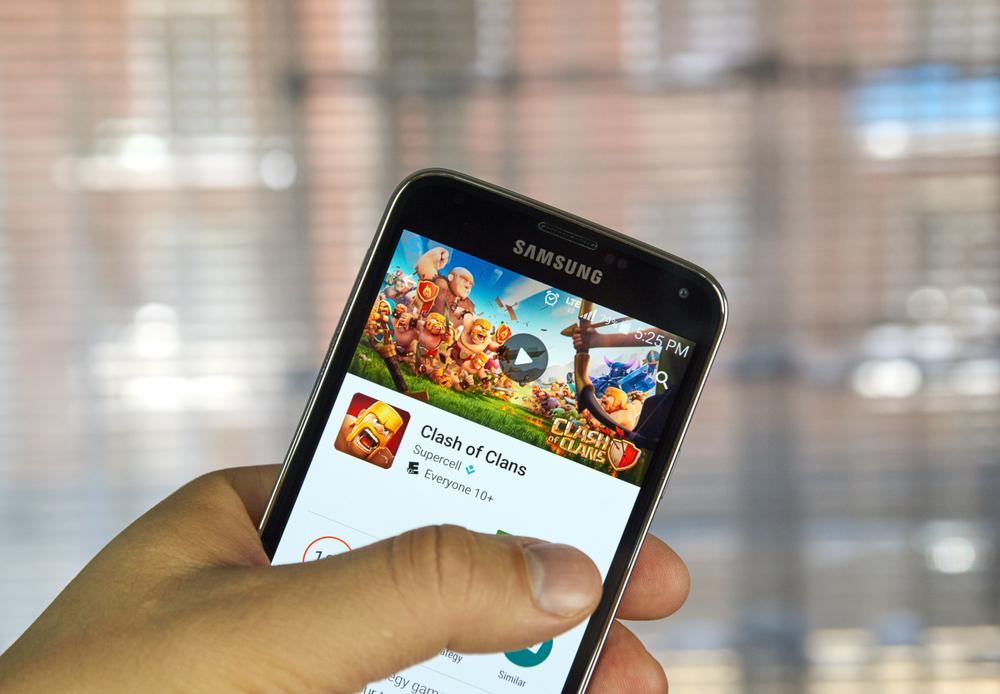 5 Reasons Why Clash of Clans is So Addictive

5 Reasons Why Clash of Clans is So Addictive

We know that you love Clash of Clans. Since launching on the Apple Store and Google Play in 2012, the addictive village building mobile game has attracted over 100 million players worldwide. As chief of your village, you have spent your Clash of Clans gems on base building and gathering those all important bombs, traps and walls. Hours have been spent gaining resources from fighting other players as well as taking on the Goblin King in a campaign spent travelling through the realm.

With mustachioed Barbarians, fire wielding Wizards and other unique troops at your disposal, it’s no wonder you and your friends spend so many hours with this game at your fingertips. This made us consider what makes Clash of Clans so addictive? We’ve delved back into its ever changing and persistent world to find out!

The freemium mobile gaming model exploded into the world’s consciousness between 2009 and 2012, and Clash of Clans is a huge part of that success. People love a freebie, especially when it comes to games. The idea that you can have an interactive adventure without having to pay a penny to get started, is hugely appealing. No matter how many times you play, it will always be free, meaning you want to return time and time again.

2. It’s easy to pick up and play anywhere

Where do you play Clash of Clans? On the bus? On the train? We know some of you will even play it while sitting on the toilet! It’s a perfect sign of why the game is so addictive. No matter where you are, Clash of Clans can be played.

The mobile game sector is geared towards experiences that you would be happy to enjoy no matter where you are. Even those who consider themselves casual gamers will find themselves using their free time to engage in a Clan War or two. This is also helped by simplistic gameplay with simple touch controls and an interface that guides the player through their decisions. With a simple design to play and the chance of quick and great rewards, players never want to put Clash of Clans down.

3. The game appeals to our competitive side

For many of us, a competitive nature is inherent within us. We have to win everything in life, much to the chagrin of our friends. Clash of Clans accommodates for those needing an outlet for that competitive streak. There is an autonomy to everything you can do. The design of your base, selection of troops, upgrades and strategies are all down to you, the player. The result of winning a Clan War is completely down to you. Ultimately, you are the master of your entire destiny within Clash of Clans.

The online matchmaking system pits you against other clans with similar strengths, so you know you will never feel underpowered in the battle for those stars. This means the Clan War is completely down to you and your Clan Mate’s abilities, giving us an experience that feels challenging and immensely rewarding in victory.

We are also addicted to the brilliant friendly challenges that allow us to practice our battles. This war for fun leaves us addicted as it gives us the opportunity to really hone our skills, without losing any valuable resources – and it is also an excuse to show off against our friends!

5. Clash of Clans is unpredictable

A lot of games can be predictable. Clash of Clans is not one of those. A battle in a Clan War is never the same. Depending on who you are up against and the troops and spells you bring to the war creates a very unpredictable experience. We love a game that can surprise at every turn, and CoC fulfills that for us.