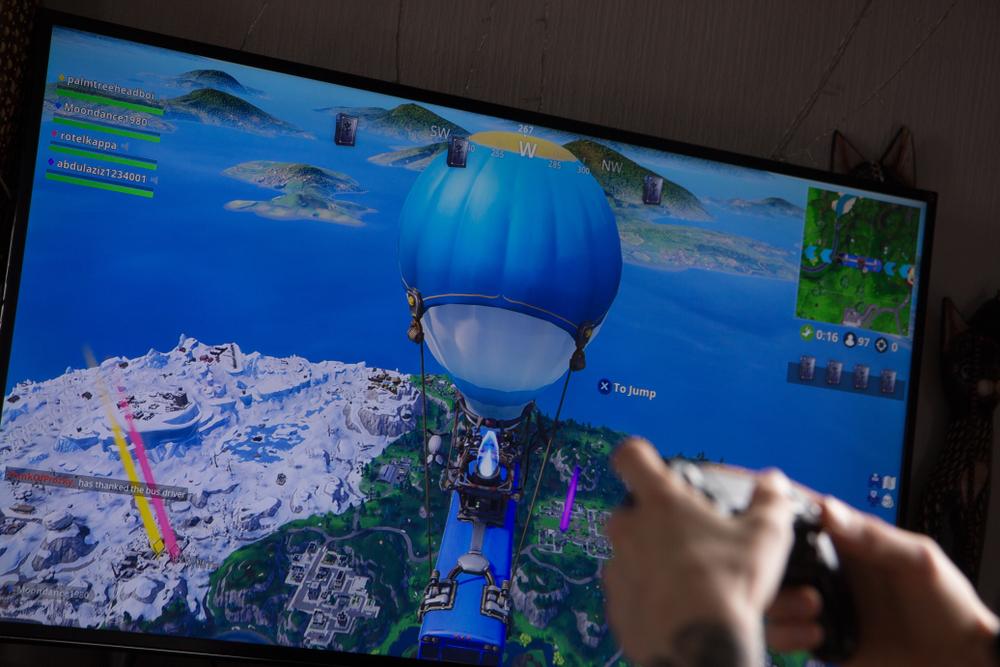 Best Places to Land in Fortnite

Best Places to Land in Fortnite

Making a great start on Fortnite: Battle Royale will decide how well each match goes. Landing in a bad place will see you scrambling with everyone else to not only stay alive, but get the best loot. Landing at the wrong place can mean you have scrap loot and get eliminated by a player with legendary weapons.

The game has a huge map so finding the best place to land is difficult, and even applying the best Fortnite tips and tricks can only get you so far. When landing, you must consider a place that is safe to land but also likely to have good loot chests. With Epic Games always changing the map, you never know if your favourite place to land is going to stay. With our guide, we’ll get you landing at the best places to get you geared up quickly. Here are the best spots to land in Fortnite.

Loot Lake’s crater became a centre for low-gravity and time-travelling shenanigans. The orb at the centre also acts as a rift, giving you the ability to re-drop if you’re suddenly surrounded by enemies. You’ll find loot plentiful in the houses and islands around the lake.

If you want the best items then it’s time to go shopping. Retail Row has always been known for its great loot, even when it changed to the Mega Mall in a previous season. Fight your way through other players and Fiends to bag a bargain at the checkouts.  Killing Fiends also gives you much-needed ammo and health. While you might enjoy killing the Fiends, they can be tougher than you expect. Bonus loot can be earned by destroying purple towers, but only if you have the time. Get your loot and get out!

Whether it’s Tilted Towers, Tilted Town or Neo-Tilted, the Tilted area is iconic for its mayhem. If you fancy yourself as a fast run and gunner, this is the area to really test yourself. All types of weapons are found here which is good as you’ll be under attack from the moment you land.

To survive at Tilted Town, land on top of a building and work your way down. Find a Pump Shotgun and use the element of surprise to take them out. Loot as many chests as you can and get yourself to safety.

Pleasant Park is a great landing spot if you want somewhere a bit quiet before entering the bigger battles. It’s not always on the Battle Bus path which makes it attractive to those looking to avoid the crowds. There’s also lots of little places around Pleasant Park where you can find some awesome loot without much disturbance.

To the east and west, standalone buildings house weapons, items and chests. They’re empty the majority of the time, so you can sort your gear out before you hit the bigger locations. Be wary of players who’ve survived bigger battles because they’ll likely have superior loot to you.

The desert section of Fortnite is a great place to land with a few built-up areas housing fantastic loot. The area to the north is usually quiet, but it’s lack of loot is made up for the vehicles you can get at the racetrack.

With huge barns waiting to be explored, Fatal Fields is one of the best places to land. Storm through the barns and listen out for chests as you move – they’re usually well hidden here. You may even get a quad bike to get to the next area.

Having collected firearms and shields, Fatal Fields is a good place to engage enemy players with its various hiding spots. Once you’re ready, you can plan your escape by heading up to Salty Springs and that various loot spots on the way.

Tucked away at top-left side of the Fortnite map is Junk Junction and Haunted Hills. Both locations are small but are full of chests with good loot. These spots are usually quiet, giving you enough time to get your loot and take out anyone else with the same idea. Once you’re done, you can even make your way to Pleasant Park to take out enemies and gain their loot.

If you want to get off the Battle Bus quickly, Lucky Landing is usually a first stop. Luckily, it has some of the best loot on the map.

Avoid landing right in the middle as other players will get to you first. Land on one of the buildings and work your way through and pick up the loot.

Depending on the location of the storm, take out a few enemies before moving on. Paradise Palms is a short sprint away as you make your way up the map.

The snow-covered  area of Happy Hamlet is a good hunting ground upon landing. Avoid landing directly at the location and head to the buildings placed northwest. There’s a huge amount of loot here which will prepare you nicely for some disco firefights.

Salty Springs is a reliable looting spot, especially as it’s next to Cattus, the huge skeleton. Amongst the cherry blossoms and greenery are the bones which contain some sweet loot. To get the best from your loot, approach the skeleton from a good angle.

You can find the first chest where the sword pierces  the skull. After that, make your way down to pick up the abundance of loose guns around. The layer below is home to another chest, the same path the great sword took. The monster’s spine has a chest hanging from one of its vertebrae. Aside from the chest, there’s loads of ammo crates, weapons, grenades and more scattered around.

Landing at the pyramids of Sunny Steps guarantees you some nice loot and a place for fun mid-range firefights. Lonely Lodge and Pressure Plant are nearby for more fast action.

With houses full of loot, Snobby Shores is a prime landing location. Chests can be found in attics, so be sure to look in every room. The mountaintop nearby is also home to great loot in a bigger area. Chests will be in the attic here as well so get as much as you need.

For an unpopular landing location that doesn’t attract too much of a crowd, Lonely Lodge is the place for you. The various campsites and buildings are perfect for scavenging resources for building later on. The ziplines will get your from hilltop to hilltop with ease. The Lodge and Watchtower have a selection of stash available so make sure you pop into both.

Some locations are highlighted in yellow rather than white. This means a place currently has drones which give you great loot if you shoot them down. Be warned, because other players will have the same idea.

Don’t forget to land on the map in style by purchasing rare Fortnite skins and V-Bucks from us.