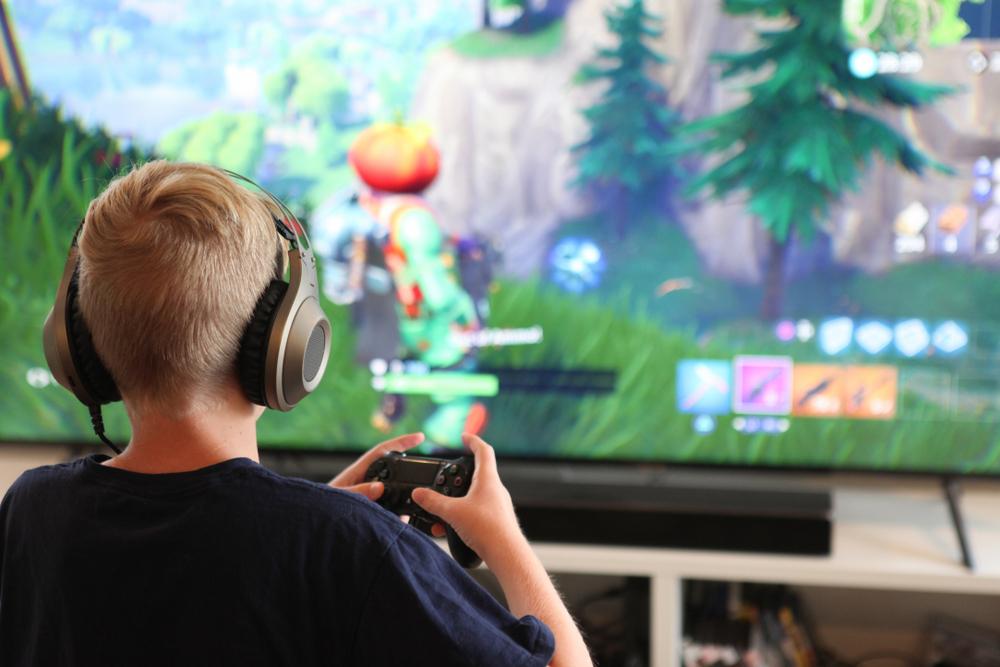 How Fortnite Became So Popular

How Fortnite Became So Popular

Fortnite: Battle Royale is the biggest game on the planet right now. Over 100 million players played the game during its first year, making it the most played and talked about video game in the world. Its popularity came out of nowhere, due mostly to the fact Epic Games originally conceived a completely different experience. How exactly did Fortnite become so popular? We take a look back to find out. Fortnite: Save The World

First unveiled at the 2011 Video Game Awards, Epic Games revealed a video of a base-building game where players would gather resources, build forts and fight off waves of zombie-like creatures. For those that remember it, this trailer was shown alongside trailers for Bioshock Infinite, the cancelled Rainbow Six: Patriots and The Last of Us – a whole different generation of games! Nobody expected the game to take six years to see the light of day. In fact, the reveal trailer was all the developers had, as no part of the game had been created.

Epic Games went through a number of internal struggles for three years as they tried to develop the game they wanted Fortnite to be. It was also during this time that publishers wanted “games for a service” that players would keep coming back to, and spending money to enhance the experience. The team were also working on another game, Paragon, at the same time.

The game eventually launched as a paid early access game on 25th July 2017. The game is incomplete as they look to develop alongside the community who play it. A full release is scheduled by the end of 2018.

However, the developers had plans for another mode that would ultimately send the Fortnite brand into the stratosphere.

During September 2017, Fortnite: Battle Royale was released. After the success of PlayerUnknown’s Battlegrounds, they created their own battle royale game using the Save The World formula. It was a great move for the company, as the free mode was released on consoles – the first for a battle royale game. The majority of hit battle royale games were PC only, so Playstation and Xbox gamers couldn’t wait to try it.

Within 24 hours of its release, the game surpassed one million players. Its free-to-play model and easy to pick up gameplay captivated gamers. The fast paced nature of the battle royale gameplay had people sharing their experiences on social media of being gunned down at places such as Tilted Towers. The game’s rewarding progression system and personalisation became something players kept coming back for. The game developers added a battle pass during Season 2 to expand the reward system even further.

Players also loved the cross platform online play that games such as Rocket League had made popular. This meant that PC players could play with console players and vice versa. At first, Sony refused to allow cross platform play but finally relented in September 2018.

It became particularly popular with children, who made it their daily ritual to play with their friends. The “floss” dance – used as a taunt in the game – also became a worldwide phenomenon. The “L” dance was adopted by footballer Antoine Griezmann as a celebration and Jesse Lingard used some of the other dances after his goals – the 2018 World Cup showcased these to a larger audience. Fortnite’s place as a cultural phenomenon was clearly cemented.

By January 2018, that number had jumped to 40 million players. Its incredible success led to Epic shutting down their other game Paragon so they could devote all resources to Fortnite.

The popularity of a game can be judged not just by how many people are streaming it online but who. In March 2018, Fortnite overtook League of Legends as the most-viewed game on Twitch. This was considered such an achievement because League of Legends has dominated the platform, with other titles only surpassing it for a short period of time. Fortnite’s stay at the top of Twitch certainly grabbed the attention of the gaming community.

It was when Twitch’s most popular streamer Ninja played the game with Drake during March that the game found widespread mainstream coverage. The next day, the world was talking about Drake and Fortnite due to his huge popularity. It was a watershed moment for the game, as mainstream media wanted to find any Fortnite related story it could publish.

With this new attention came criticism, as parents wondered if their children were becoming addicted to the game. The BBC pondered if parents should limit kids’s time on the game. During 2018, the World Health Organization judged that gaming was now an official addiction and more focus was placed on the popularity of games such as Fortnite. However, the social aspects of the game with options to team up with friends were seen as a positive. The gaming community also saw the game as a fun, cartoonish alternative to the more brutal shooters on the market.

How long will Fortnite’s popularity last?

Most games have a shelf life. However, with “games as a service” taking over the gaming world, seeing which titles will last is becoming harder to predict. With over 100 million players playing Fortnite, Epic Games has a huge player base to please. Battle Royale is an “evolving world” game which is regularly updated through their “seasons” design. Each season brings in new features, new map locations and new customisation options. It is clear with this plan and its recent release on Nintendo Switch, that Epic are here for the long run.

The biggest challenge to the game comes with the release of Call of Duty: Black Ops IV and Battlefield V. Both games are introducing their own battle royale modes, the first from “AAA” titles. With such money now being thrown into the genre, Fortnite: Battle Royale has a fight on its hands to remain the last man standing.

Enhance your Fortnite experience and expand your customisation with V-Bucks from DigiZani online today!