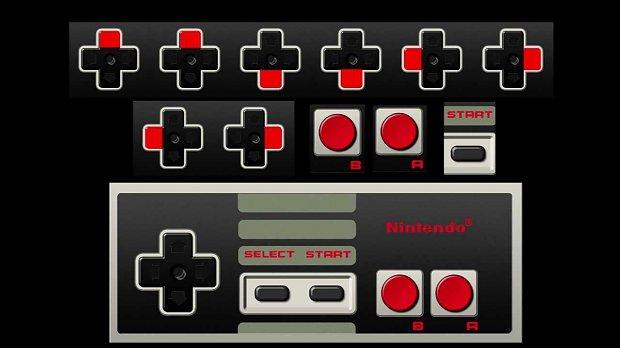 The Most Infamous Cheat Codes in History

The Most Infamous Cheat Codes in History

Video games are full of secrets. For years, players have loved finding all the cheat codes that developers left to be found. On Playstation, Xbox, Nintendo and PC, cheats were everywhere! Just as much as players search everywhere for easter eggs, the finding of a hidden cheat-code that would drastically change your gaming experience was a thrill for many. Whether players just pressed every button possible in the hope of changing something, others would have heard of the the code from their mates, but no matter the source we were all hooked on finding that next big cheat. The result of this hard work was completely new gameplay features or an in-game behaviour that is unblocked and revealed.

Cheating in video games was fun, which is why most of us fondly remember our favourite codes input by input. Here is our list of the most famous cheat codes in history. Everybody’s favourite blue hedgehog wasn’t above a cheat or two somewhere. SEGA’s famous mascot loved running, jumping and spinning around but sometimes things just got in the way. Did you ever wish you could change the conditions and physics of the game? Well, SEGA left in a code that allowed you to do just that. The debug mode allowed players to move, duplicate and delete any entity found within the game – what you might describe as a Sonic level editor.

How to activate the Sonic debug mode

In the original game from 1991, players could access the mode by entering the cheat-code:

Sonic the Hedgehog 3 & Knuckles allowed players to modify the direction of gravity so your hero and his enemies fall upside down.

The code can be found in the original series of games and even in the re-released versions for mobile platforms which ensures this cheat will live on forever!

Doom’s God Mode and other cheats

The classic first-person shooter first launched in 1993, and was one of the first games to use cheat codes extensively in its build.

How to activate Doom’s cheats

On PC you have to press CTRL + ALT + ~, enter one of the following codes and then press enter:

This activated “God Mode” which had existed in games before Doom but just felt right when taking on the demonic creatures of hell. It gave the player 100% health and made you invincible on any difficulty except Nightmare.

This code allowed players to walk through walls, enemies and all other elements on a level.

There are lots of Doom codes out there in the wild, and we are sure you all had your personal favourites.

For a generation of gamers, if you simply say to them “R1, R2, L1, X, Left, Down, Right, Up, Left, Down, Right, Up” they will instantly know what you are talking about. This was the famous $250,000, full health and armour cheat on the Playstation 2 version of Grand Theft Auto San Andreas. Cheats gave you two options on how to play in the open-world playground: you either completed mission after mission in the standard experience or you used codes to enhance your experience. Change the weather, make uncommon vehicles appear everywhere, spawn vehicles or change which character you play as.

There are so many great cheats in the GTA Series as a whole, but here is a selection of our favourites:

GTA IV – Inputted into the mobile phone from this game

The old saying goes that “we can’t cheat life”. Clearly the person who coined this phrase has never played The Sims. The basic premise of this life simulator was to live a life. Despite such a mundane premise for a game, it became a huge hit on PC.

Earning money for your character was hard, as their low paid job meant you could not really progress past your small little house in the corner of the neighbourhood. Developers Maxis left some cheats in to help boost your profile just a little bit.

How to activate the money codes

For every “!;” you add after the code, your family got an extra 1,000 Simoleons added to their account.

Maxis were feeling extra generous in all titles since the original, as this cheat code gave your family 50,000 Simoleons everytime you entered it.

The classic arcade game NBA Jam, had a reward booster for any players who scored three baskets in a row. This was known as being “on fire”, a nice buff that makes you unstoppable for a limited time. With one cheat code, however, you could be on fire for an unlimited spell!

How to activate On Fire

With this, you are completely unstoppable on the court.

Arguably the most famous cheat-code in history is The Konami Code. Its notoriety stems from the fact that the Japanese publisher placed this code into more than 100 of its games. For each game it was included in, it would unlock a completely new feature. Kazuhisa Hashimoto created the code while developing Gradius back in 1985. While testing the game, he found it rather difficult, so included the code to achieve all bonuses at once. The code was forgotten about when the game launched and gamers used it to complete its most challenging of levels.

The code is that famous, it has been used in numerous other ways in different sources. Entering the Konami Code in Google Hangouts will change the background of a conversation to a mountainside containing blue skies and trees. Website developers will include it on their sites just for fun, and it even appeared in the Disney film Wreck-It Ralph. No matter where you are on the internet, you should always input the Konami code, because you’ll never know what it might unlock.

How to Activate the Konami Code

If you don’t know it by now, here it is:

What are your favourite cheat codes? Let us know in the comments below!