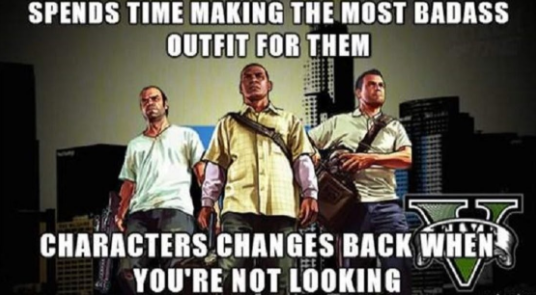 Five years ago, Rockstar Games released one of their most successful games in history. In the first 24 hours of its release, Grand Theft Auto V generated over $800 million in worldwide revenue, and took the number one place in many ‘Top Games of 2013’ round-ups. Three days after Grand Theft Auto V’s release in September 2017, it became the fastest-selling entertainment product in history after surpassing one billion dollars in sale. Since its release, the game has had new generation re-releases and even got a PC port.

Unless you’ve been living under a rock for the last decade, it comes as no surprise that the Grand Theft Auto series is one of the most popular modern video game franchises, becoming an iconic staple in the history of gaming. From the array of things the characters can do, the engrossing narrative, high quality graphics, entertaining side missions and unique character customisation, it is easy to see why it’s been praisse by both players and professionals in the entertainment and gaming industry. Whether you play GTA V online or offline, here are some great GTA 5 memes for you to enjoy!

1. ANYTHING is a better love story than Twilight Biden and Obama. Rachel and Joey. Trevor and Patricia. Any couple in the universe, (albeit real life or fictional) is still a better love story than Twilight. There is a brief sequence where one of the three main protagonists, Trevor Phillips (who is is renowned for being a bit of an arse even though he is hilarious) has a relationship with Patricia Mandrazo who is 20 years his senior. It’s no secret that Trevor is an absolute psycho, but this short and sweet relationship humanised him, and we got to see the softer and more caring side of Trevor. However, what was strange was that Patricia was Trevor’s abduction victim, playing heavily on Stockholm syndrome. Alongside this, she is married to a well known Mexican crime lord. But it was STILL a better love story than Twilight, and makes a great GTA V meme. GTA 5 relies on you committing a heinous amount of crimes in San Andreas, and the Popo have no mercy. These cold, callous cops will do anything to end your life, and spout a ridiculous amount of dialogue in the process. Of course I’ll pull over whilst you’re showering my car with bullets, so you can then shoot me point blank! Don’t try and outrun them – you’ll end up in a pile-up. This is a perfect GTA Online meme. You start off with such good intentions and this time you really mean it! Following the speed limit, obeying the traffic lights, being a good citizen and then all of a sudden……ooooh no…..done it again.

4. A mission is a mission The streets could be littered with innocent children and civilians, but if I’m on a mission to save someone and you’re in the way, there isn’t much I can do. Pedestrians seem to want to cross the street whilst you’re driving down the road, and the game is absolute carnage. Innocent pedestrians are the most common victims in GTA V, and some of these are honest accidents – we promise.

5. Keep ya damn clothes on Grand Theft Auto V’s main three characters have their different personalities and traits, which is great. From Michael De Santa, who’s idyllic lifestyle came crashing down, to Franklin Clinton who lost both of his parents when he was a child and Trevor Philips who is an enigma, we’ve come to know and love these guys. However, what we don’t love is choosing a suave outfit, for them to change back into what they were wearing before. Thanks hun. Trevor. We ask so many questions when it comes to switching over to Trevor. We almost feel like we’re interrupting a weird scenario that we didn’t even want to be part of in the first place. Why is there a shark in the middle of the road? How did it get there? Why is it with Trevor? It’s no secret that the graphics in Grand Theft Auto V are phenomenal. Development for GTA V was shared across Rockstar Game’s studios worldwide, and several of Rockstar’s team members captured footage of California which was then used as a basis for the graphics. GTA 5 looks sooo much better than reality. The selfie option in GTA V is great – especially this hilarious pun. A literal photobomb… geddit!

9. So many dumb ways to die We’ve all done stupid stunts where we should have died at least 500 times, and then walked down the road, knocked into a lamppost and that is the end of the road. The ridiculous ways to die in GTA 5 are both infuriating and hilarious.

10. The collection of cars we never use We’ve all found that amazing rare car, stolen it and then found that it then turns up EVERYWHERE (so very annoying), and we’ve all stolen a beautiful car so that we can pop it in the garage and never use it again. Oh the ways of Grand Theft Auto V. unless of course, you cant afford a dream car, that’s where we come in! Buy a cash and rank package for GTA V from Digizani today and go nuts!