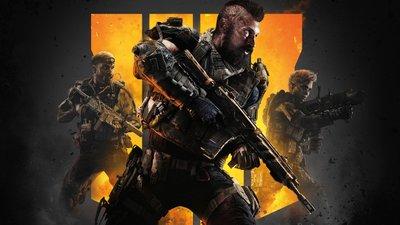 What We Know So Far About Call Of Duty: Black Ops 4

What We Know So Far About Call Of Duty: Black Ops 4

Since 2003, Call of Duty has ruled the roost on PC, Playstation and Xbox in terms of first-person shooters. The series has taken gamers to the war-torn Earth of World War II, outer space and even to the future. The latest game in the franchise, Black Ops 4 arrives worldwide during October. With a game that well recognised across the world, Activision have brought huge changes to its sales juggernaut.

Here is everything you need to know about Call of Duty: Black Ops 4. When is Black Ops 4 released?

Black Ops 4 will be released 12th October 2018 on Playstation 4, Xbox One and PC – there are no plans for a Nintendo Switch version. It is the 15th edition of Call of Duty overall on consoles. The October release date is the earliest release for a Call of Duty game since Call of Duty 2 in 2005. It is believed that this has been done so it doesn’t clash with Rockstar Games’ huge release, Red Dead Redemption.

What versions are available?

The game will be shipped mostly as standard editions for digital and retail. Pre-order bonus was only attributed to the pre-release Blackout beta test that took place during September. There is a mystery box edition for £179.99 which includes:

What is Black Ops 4 about?

Black Ops has positioned itself as the series set in an alternative and mysterious realms containing stateless conflict and mercenaries. Black Ops 4 has a “near future” setting which will allow players to bring unique specialist characters to the online arena. Characters will each have their own different weapons and dazzling abilities.

Is there a single player campaign?

There will be no single player in Black Ops 4. Instead, the game will focus on the series trademark of competitive multiplayer and the outlandish co-operative Zombies mode. Players who crave a solo experience can have AI companions in Zombies. There will also be challenge missions just for single players.

Treyarch said they never had any intention of making a traditional single player campaign mode. This was because the social aspect of Black Ops has been strong since the series started.

What is new to Black Ops multiplayer?

Players do not get automatic health regeneration this time, as players will have to manually apply relief. This was a design choice to make players connect the combat experience with choosing when to heal – it will make that cover system even more important!

Weapons will have customisation options with different attachments available. The guns will feature a “predictive recoil” which means players who get to know their guns will know they will behave.

A new feature known as “fog of war” will conceal enemy players on the minimap, unless they fire a weapon. A specialist talent from a Recon player can reveal details using their sensor dart.

The biggest new mode coming to Black Ops 4 is their version of a battle royale mode. Titled “Blackout”, it will take place on the largest map ever created for Call of Duty – it is 1,500 times bigger than the popular Nuketown map from the first Black Ops game. Blackout mode will also bring back characters from the previous games – Raul Menedez, Jason Hudson, Viktor Reznov and Alex Mason are all included. Vehicles are also included with players able to traverse the huge map on land, sea and air.

The Zombies game mode is popular for its crazy and out there fast-paced action and mayhem and this will continue in Black Ops 4. Three maps are included on release date: a gladiatorial arena from Ancient Rome, the “Voyage of Despair” on board the Titanic in the middle of the Atlantic and a grisly prison. Newcomers to the series can experience “Zombie Rush” which aims at easing players into the mad world of Call of Duty Zombies.

With Call of Duty, you can expect a consistently superb first-person experience and the changes this year will allow it to continue at the top of the tree. For the last decade, the franchise has been a mirror to what is going on in the universe. With COD now going after PlayerUnknown’s Battlegrounds and Fortnite with a battle royale mode, it is reflecting current gaming trends. For that alone, Black Ops 4 is worth a purchase.

For all of your in-game currency and in-game gold – for including Call of Duty packages, FIFA coins and 8 Ball Pool coins – we have everything you need.